In a spooky and telling move, the Federal Bureau of Investigation (FBI) announced plans to start downloading and reviewing the public data available from social networking sites. On the surface, the issue seems benign as its data that is already out there on the Web for anyone to see. FBI, in their statement, “will not focus on specific persons or protected groups, but on words that relate to ‘events’ and ‘crisis,’ and activities constituting violations of federal criminal law or threats to national security.” That sounds like double-speak legalese to me to say that they’ll be watching anything and everything they’ll get their hands on. However, to temper my concerns, I’m glad that there are organizations out there that will be monitoring what the FBI will be doing.

Electronic Frontier Foundation (EFF) has weighed in on the matter and is quite concerned about the stifling of individuals’ privacy on social networks like Facebook, Twitter and others. They are certainly the organization to watch as this movement by the US government and its agencies begins.

Who is the EFF?

(from their website’s About page)

From the Internet to the iPod, technologies are transforming our society and empowering us as speakers, citizens, creators, and consumers. When our freedoms in the networked world come under attack, the Electronic Frontier Foundation (EFF) is the first line of defense. EFF broke new ground when it was founded in 1990—well before the Internet was on most people’s radar—and continues to confront cutting-edge issues defending free speech, privacy, innovation, and consumer rights today.

What are the implications for Small Business?

In a word: tremendous. Businesses are just learning the power of Social Search, using social networks and social media to conduct market research and find their customers on the Web, as well as the benefits of content marketing, using social media to engage with their target audience through content. If people become reluctant to speak comfortably about themselves on the Web, Social Web content will decline and the real-time, real-world experiential knowledge Small Business was garnering from their target audience diminishes in value. Additionally, that means that businesses will draw back adoption of content marketing strategies, which will leave a struggling economy in limbo about how businesses can generate consistently new clients. All this doesn’t even take into account how the FBI will use this data in taking actions against businesses with their data.

So, it seems like we’re on guard and alert that changes are on the horizon for Social Media and how Small Business can depend on content marketing as the next generation of marketing strategy. Summarily I think we, as business owners, should pay attention and not change our plans based on this one announcement, but don’t be afraid to change as the tide does. If you’d like to read the original article from New Scientist, it’s a good background on the matter. And, in the words of the British propaganda poster (which has seen a revival, albeit in the commercial sense), Keep Calm and Carry On. 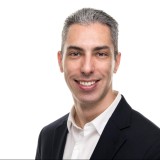